Part one of five. Rough talk notes follow below. Thanks to Chris Anderson, Jonah Bossewitch, Todd Gitlin, Tom Glaisyer, and Andie Tucher for their comments 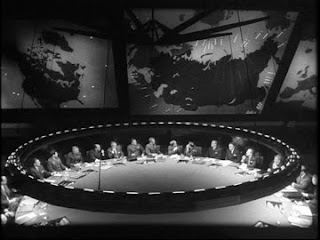 The Cold War matters to the history of information at least for the simple fact its state-driven conflict funded, accelerated, and expanded the information sciences–among other forms of knowledge for money relevant to the unilateral promotion of bipolar conflict. Funding meant the atomic energy commission, behemoth dams and public projects, international tours for ballet dancers and jazz musicians, political radio programming like Voice of America, and research investment in fields such as astrophysics, geosciences, computer science, and communication research.

Funding mattered because it made possible the information sciences and institutions that would carry resilient distributed networks into digital technology. With the rise of digital networks, it seems, came a turn toward understanding information as disembodied and distributed. This modern turn, as I argue below, takes the matter out of information. It just stops mattering, if you will, both as a cognitive process of mind and a grounding in matter. This disembodiment, or content-stripping, of information plays into how we go about thinking about and regulating content-less control of human and machine intermediation.

One quick example of the rise of content-less-ness information control: the legitimacy of the Google algorithm depends on being blind to the content of the sites it ranks. Of course, humans game the cracks in totalizing systems of information organization: many countries censor content while search engine “optimizers” pander to the algorithm to get higher search result ranking.

Another example: While physical property organizes social relationships around the control of matter, intellectual property is a form of virtual control, control over imitable, copy-able express form rather than materially scarce stuff. As the second case study hopes to suggest especially, the rise of federated, distributed information environments around and after the Cold War dangerously promise unharnessed freedoms at the same time they enable an expansion of both the definition and control over information include all things regardless of their content. That move, I think, is folly (for reasons I do not fully explain here).

This thesis—that distributed digital communication has expanded means of information control that conceives of information as content-less, disembodied stuff—does not mean to suggest, however, that resilient distributed networks did not exist before digital technologies and the information sciences of the Cold War. As Jonah points out, centuries ago, Persian Kings sent multiple riders out to ensure message delivery, a kind of variable dissemination; University students around Gutenberg copied books in a distributed fashion: one person per page per book. Rather I mean that since about the Cold War (correlation or copresence, not causation!) a disembodied, distributed sense of information has become more pronounced in contradistinction from other ways of thinking about information—and that rise matters for how we rethink the control, circulation, and creative preservation of matter and information. 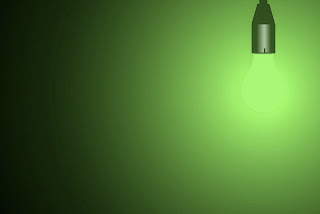 (This section draws on John Durham Peters’ “Information: Notes toward a Critical History” and Ken Cmiel’s “From Knowledge to Information” for word history evidence, however the categories and speculative leaps are mine.)

A common thread in my thinking is the folly that comes to those who isolate one sense and hold it superior to the others. We must recognize the multiplicity of the word information, and the ways its word history lives on today. In Wittengenstein’s metaphor, the word is an extraordinarily diverse city.1 Four primary sense (city districts?) of the word follow below in chronological order (from OED etymology):

One, “embodiment, infusion, impress,”(1605, George Chapman, “for love informs them as the sun doth color”; 1674, John Milton, “all alike inform’d/With radiant light, as glowing Iron with fire”), where information impacts bodies and material objects, fire forges steel. (Information was to in-form, to give form: relationship between matter-matter.)

Three, “relevant facts or an item of new knowledge or received reports from,” the predominant and perhaps still most salient definition. Involves. Info has a subject, bound by relevance, a necessary mental process. Relevance too is content, and when encoded is fixed enough to make discussion of target messages reasonable. (Mind-mind.)

Four, “disembodied and distributed.” Unlike previous usages, the word in popular lingo can be free from necessary relevance to a specific object—material, spiritual, or intellectual. Info can be “out there”: unprocessed data. Information here has lost its signifier. (N/A: the promise of the possibility of meaning.)

The only significance of the state of a “bit”—0 or 1, the two phonemes in digitalese—is in its distinction to its opposite. Not much of a signifier or reference. The bit balances on a single point in a material world. (So too can the language of bipolar politics stretch thin one’s connection to reality.) Even to ask, as I hope to, “what does it mean that we gather information exponentially faster than we can understand it” presupposes the fourth sense of the word. I couldn’t ask the question if information were not separate from that which we understand.

These four senses above slide from matter, to body, to mind, to absence. As the 19th century Western fascination with energy entropy, fatigue, and thermodynamic heat-death attests (The Human Motor), energy fills the gaps between the four senses with relevant metaphors: between matter and body, energy is heat. Between body and mind, it is nerve. Between mind and virtual absence, it marks the line between self and other.

This preoccupation with energy and its relationship to information and attending insights into the relationship between heat and entropy, nerves and circuitry, systems with selves and others comes to a head in the post-World War II information sciences, namely cybernetics, information theory, and atomic research—the timely sciences of “information communication and control” (Wiener’s term for cybernetics).